“It’s already clear that the Worthy Awards has become a very competitive contest,” Ritsch said. “Clearly, the market was ripe for a new awards program for public relations professionals in North Texas.”

Some communicators also attribute its early success to the 2011 folding of the Texas Public Relations Association, which also held an annual awards competition.

In any case, you won’t want to miss the presentation of these awards honoring Fort Worth’s most inspiring, influential and innovative communicators. Plan now to attend our Worthy Awards Gala held this year on April 25 at the Fort Worth Club. Tickets are going fast, so visit the website now to register.

In other news, do you know what APR stands for?
A. APR = April abbreviation per AP Style
B. APR = Annual Percentage Rate
C. APR = Accreditation in Public Relations
D. APR = American Poetry Review

Actually, APR stands for all of the above. However, if you work in the public relations field, then you know that “C” is the most relevant answer.

APR hails as a mark of distinction for public relations professionals who demonstrate broad knowledge, strategic perspective and sound personal judgment. Veterans say you become more marketable and earn higher pay with an APR. See if it’s so on April 10. Because our chapter wants to shine a light on the benefits of earning the prestigious credential, this month’s program will feature APR Committee Co-Chairs Sandra Brodnicki, APR, and Linda Jacobson, APR, plus others who have earned the APR or are currently going through the process.
Come hear what all the fuss is about and prepare to be enlightened – as always, right?

Greater Fort Worth PRSA wants to shine a light on the benefits of earning an APR by introducing LAMP, the Local APR Mentorship Program developed for the Fort Worth chapter. Hear from those who have gone through the accreditation process and hear from others who have moved past contemplation to commitment. An APR is more than three little letters behind your name; it is a mark of distinction for public relations professionals who demonstrate broad knowledge, strategic perspective and sound personal judgment. This year’s co-chairs of the APR Committee, Sandra Brodnicki, APR, and Linda Jacobson, APR, will lead the program. For more information about obtaining an APR, visit http://fortworthprsa.dividesignpros.com/accreditation.

Walk-ups: Add an additional $5 to the above prices

To account for additional costs associated with walk-ups and other meeting services, the Greater Fort Worth Chapter of PRSA uses the following reservation policy: Online reservations are due no later than 5 pm the Friday prior to the luncheon, and cancellations must be made by 5 p.m. the day before the luncheon. No-shows will be billed or a representative may attend in that person’s place at no additional charge. Walk-ups are accepted for an additional $5 if space is available.

Linda Ld Jacobson, APR, is an accredited public relations professional who currently oversees marketing and public relations for a communications and signal engineering firm based in Fort Worth, Texas. During her career, she has overseen the delivery of marketing, communications and strategic planning services for Fortune 100, 200 and 500 transportation clients, including managing day-to-day communications for BNSF Railway on a $2.5 billion initiative. She also was responsible for strategic communications for GE Transportation when that company expanded their locomotive manufacturing to North Texas and handled safety and security messaging for American Airline pilots after 9/11. Jacobson has won numerous awards for branding, communications and design, and in 2011, she received a Bronze Anvil award from the Public Relations Society of America for her strategic tactical work.

Sandra Brodnicki, APR, is president of Brodnicki Public Relations, Inc. a marketing communication consulting firm that focuses on helping organizations solve business problems using a direct, phased approach to understand the unique challenges organizations face and to determine a strong course of action. A former newspaper editor, reporter and columnist, she works closely with every client to move business forward by creating communication strategies tied directly to organizational goals for measurable results. In addition to the Best of Show honor, she has won numerous communication- and business-related awards since launching her firm in 2003. In 2013, Sandra will continue to co-chair of the chapter’s APR efforts.

This is cross-posted from a post by Ft. Worth PRSA member, Dan Keeney, APR.
—
The big debate in public relations circles these days has nothing to do with the outrageous efforts to sully the reputation of  Wiki Leaks founder Julian Assange and its implications for the profession and journalism in general, BP’s ham handed response to the biggest manmade environmental disaster in U.S. history or even whether PR staffers caught posting phony reviews online should be tarred and feathered. Instead, the greatest minds of our profession are embroiled in a no-win argument about whether the Public Relations Society of America should require professional accreditation before being considered for service on the Society’s Board of Directors.

Established in 1964, the Accredited in Public Relations credential (APR) is awarded by the Universal Accreditation Board (disclosure: I earned my APR in 2000). It measures a public relations practitioner’s fundamental knowledge of communications theory and its application; establishes advanced capabilities in research, strategic planning, implementation and evaluation; and demonstrates a commitment to professional excellence and ethical conduct.

The APR credential has nothing to do with a person’s ability to govern effectively on the board of a national PR society. Zip. Zero. Nada.

Currently, PRSA requires that any prospective board member be accredited. When a ground-up rewrite of the PRSA bylaws was proposed last year, the organization’s General Assembly (the PRSA version of Congress) rejected the proposed language that would have stripped accreditation from board requirements. Despite voting a few years ago to drop the requirement that all Assembly Delegates be accredited, the Assembly balked at taking the next logical step.

The reason the PRSA general assembly voted to drop the requirement that Assembly Delegates be accredited (or “decouple” service from accreditation as we called it then) was that doing so eliminated so many highly qualified PRSA chapter leaders. How could a person serve as the president of a large chapter and not qualify to represent that chapter as a PRSA Assembly Delegate?

The rationale for keeping the accreditation requirement for Assembly Delegates then (as it is now for board service) is that it illustrates an organizational commitment to the credential. If PRSA’s leaders aren’t willing to pursue and achieve the credential, how can the organization suggest it has value for everyone else? What kind of PR practitioner would seek a leadership position but not consider it worthwhile to seek this profession’s credential?

That is a pretty good argument, but we aren’t in a world where everything makes sense. The fact is that only about 20 percent of PRSA members have achieved the APR credential. As a result, until the middle of the last decade, the organization basically had a class system of governance. Only 20 percent of the membership had the ability to serve on the PRSA General Assembly and/or Board of Directors. The other 80 percent, for which everything else was the same (including dues) could not participate in leadership.

Last year when the general assembly passed an amendment to the proposed new bylaws that re-inserted the accreditation requirement for board service, I thought it was wrong. To make a point, I presented an amendment to re-insert the accreditation requirement for service as a General Assembly Delegate. I knew it would be defeated, but I wanted to make a point that their insistence on requiring an APR for board service made no sense given their vehement distaste for requiring APR for the assembly.

I don’t think anyone really got the point I was trying to make. Turns out PR people are a very literal group and don’t really get irony.

Fast forward to today with forum posts and e-mails flying with semi-respectful insults pitting the leaders of our profession against each other. Each side is entrenched with very little likelihood that many will be influenced by the back and forth argument. But here’s the bottom line:

That last point is where a meaningful and productive conversation really should start, but unfortunately year after year the PRSA General Assembly gets a glossed over report on the status of the organization’s accreditation promotion efforts. Let’s hope this year it is different.
—
This post was shared in the spirit of having a Point / Counterpoint discussion. What do you think? We are also open to posting a counter argument from membership. 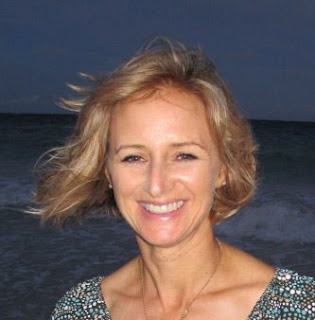