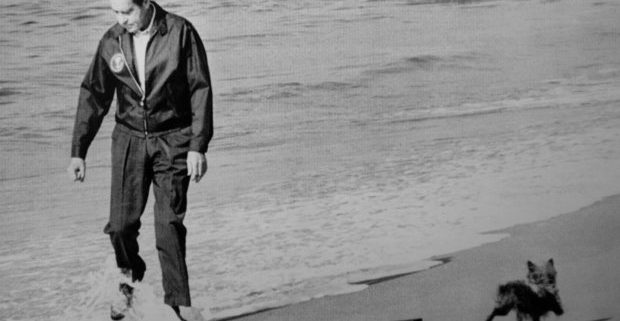 Another photo-op idea that was all washed up

They say a picture is worth—oh, never mind, you know that bit. This month’s column is not about the value of a great picture, but about the cost of a bad one.

That’s what happened on January 9, 1971, when President Nixon went for a walk on the beach near his home in San Clemente, CA.

Whether you were a fan of Nixon or not, most people agree he had a reputation for being somewhat stiff. With the 1972 election coming up, his aides thought it was a good idea to try and build up his image as a man of the people.

So they came up with a plan to have the President photographed while walking along the beach. It seemed like a good idea; after all, everyone enjoys spending some time on the beach (except for whales).

There was only one problem: Nixon took his stroll wearing his official Presidential windbreaker, slacks and wingtips. So he looks completely out of place, more like someone who is walking for help after his car broke down. This was not the way to be seen as a man of the people—unless perhaps the people are in North Korea.

To his defense, Nixon had a very good excuse: He always preferred to dress that way. As he once told a reporter, “I’m always wearing a coat and tie. Even when I’m alone. … That’s the way it is.”

And he was right: In fact, you can find many other shots of Nixon “relaxing” in non-relaxing clothes. There are photos of him at picnics, riding on a small boat, playing with his dog, hosing down the roof of his house, even lounging by his pool. In each shot, he is dressed like he is on his way to a conference, and in most of the photos, he looks like he’s the keynote speaker.

Nixon once said he thought it was more important for a politician to be respected than loved. As it worked out, he ended up with neither, but this PR move clearly did not serve him well.

A sidebar: The aides may have gotten their inspiration from Nixon’s old rival, President Kennedy, who also was photographed walking on the beach; what’s more, he was wearing a sport coat.

But JFK, ever the style maven, was shrewd enough to also wear khakis and sneakers, and the photo could have made the cover of GQ. Even more impressive, JFK also was once photographed on the beach with no shirt on. That shot alone had to be worth a few thousand votes.

And so another well-intentioned photo-op when awry. But this gaffe was no fault of Nixon’s; someone, anyone, on his team should have spoken up. It was similar to Michael Dukakis’ infamous tank ride, a topic we previously covered, as may be recalled by both of our regular readers.

As PR pros, we are assigned to always be on the lookout for ways to better “position” our clients. But positioning is a craft, not a science, and requires both skill and insight. So before we try to burnish our client’s credentials, it’s probably wise to make sure we’re using the right polish.

In Need of a Cover-Up