What do the decades ahead hold for the Edelmans, Richards Groups, and other agencies of the world? 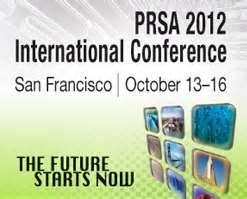 “As our world evolves, so do the needs of our clients,” said Cook, according to the Holmes Report from June of last year when the 55-year-old agency unveiled its restructuring plan. “Clients look to us for one: insights; two, ideas; and three, engagement,” Cook explained last week to a packed audience at the Marriott Marquis. “We’ve reorganized the entire company around that.”

Golin Harris abolished the traditional agency hierarchy and replaced it with four communities of specialists: Connectors, Creators, Catalysts, and Strategists, he said. Connectors handle traditional and media engagement; creators create; catalysts lead accounts; strategists plan, conduct research, forward big ideas. The agency of the future will have a much broader suite of services and new skill sets are needed, he said.

Colleges and universities are turning out thousands of generalists every year and there are not enough jobs for them, said Rob Flaherty, APR, Ketchum’s CEO and president. He encourages students to specialize in an area such as research, media relations, video, digital or writing. His agency no longer hires generalists, but instead looks for new college graduates who already have specialized skills.

At Ketchum, new jobs and titles reflect the rapidly changing needs to the marketplace. Community and conversation manager is one example. “Storyteller” is another, he said.

Flaherty said the availability of so much consumer data augurs a sea change in how the agency advises its clients. “Big data allows us to market to the individual,” he said. “There are a huge wave of new jobs at Ketchum around this.” The employee of the future, Flaherty said at the conference, “understands the power of data, is a connector, digitally nimble, and believes in the power of community.”

One way the agency is tapping the boundless creativity of digital natives is Ketchum’s new crowd-sourcing idea site, MindFire. Originally envisioned as a tool to solicit creative ideas from college students for Ketchum’s clients, Mindfire has now become a talent recruitment site, he said.

Hill & Knowlton’s Jack Martin said his agency is investing heavily in research and digital. Measurement is very important – one of the most critical things in the business, he said.

The client of the future will unleash the power of big data, desire transparency, appreciate smart risk-taking, and be willing to turn over its brand to the community, Flaherty asserted.

The good news for our students is that public relations is one of the top 10 careers with a future, Flaherty said. “The most valuable media in the world is something you can’t buy: earned conversation, word-of-mouth, face-to-face,” he said.
—

Margaret Ritsch, APR is director of Roxo, TCU’s new student-driven agency for strategic communication. Formerly director of public relations at the Balcom Agency, then owner of her own firm, Perception, Ritsch joined the TCU faculty in January 2012. She and five Roxo interns traveled to San Francisco for the PRSA and PRSSA annual conferences.